This is an excerpt from ‘The Long View’ by David Holmgren in
Permaculture Pioneers; stories from the new frontier
Edited by Kerry Dawborn & Caroline Smith (Melliodora Publishers 2011)

For more of Davids personal history

I was born in 1955 to parents who were experiencing the strains of challenges to their strongest beliefs. My father, born in 1916 to strict Protestant parents, had lost his religious faith and joined the communist party at the age of 18 during the turbulent years of the Great Depression. Through “The Party” he met my mother, a young Jewish “firebrand”, also of lost religious faith. During the 1940’s their shared belief in the revolution and the common good led them to (amongst other things) sell a block of land for below its market value because they regarded speculation as a social evil. Of course they were not alone in believing that Communism was the pathway to the “workers paradise” of cooperative control of workplaces, sensible allocation of resources for the common good, an end to racism, and the recognition of the rights of women and minority groups.

In fact a significant proportion of the intellectual elite of western societies described themselves as Marxist at that time. But the evidence of the evils of Stalinist Russia and the Australian Communist Party’s following of the Moscow line led my father to leave the party before I was born, straining the marriage in the process. Like so many idealists, my mother left the party in 1956 after the Soviet invasion of Hungary. My parents never lost their commitment to social justice and human rights and were some of first Australian activists against the Vietnam war on the principle that the U.S. was waging a war of aggression against Vietnamese nationalism. I was raised with the idea that you should always think for yourself, stand up for what you believe, resisting both peer pressure and the seductions of apparent authority and expertise. I have passed those ideas on in whatever way I can, not least in raising children. School
As the only child (in a primary school of 600) who didn’t attend religious instruction and refused to stand up for the national anthem during the nationalist fervour of our early involvement in Vietnam, I took for granted the fact that I didn’t really belong and that my family was different by choice. Even my strange lunches of wholemeal bread sandwiches, carrots, celery and dried fruit were alternatively a source of wonder and derision. My Swedish name and more particularly, my Jewish heritage, gave me reason to understand difference and resultant victimisation, but I was never picked on for differences that I could do nothing about, unlike the “wog” children of Mediterranean migrants, let alone Aboriginal kids. Our difference was like the Seventh Day Adventists in being chosen or “self inflicted”. On the other hand my family was unlike them, in that our values were not bolstered by a strong community with shared (and unquestioned) beliefs. I took for granted that we did not belong and was more or less comfortable and proud, even arrogantly proud, of the questioning of orthodoxy of every kind.

In my teens I gained a genuinely collegiate circle of intellectual, mostly male fellows in which I saw the generation gap grow into a yawning gulf over rock music, drugs, sex and of course the war in Vietnam. Many of my closest friends despised their parents or at least their values, while I maintained the communication throughout my teenage years, despite the challenges of mind altering drugs, something outside the experience of my radical parents. I came to see the difference between myself and my friends as that between what I called “first and second generation alienated”.

My parents were first generation alienated. They had made a wrenching break in the 30’s and 40’s from their parents’ traditional values; my maternal grandmother wore black when her youngest daughter married outside the Jewish faith. “The Party” provided meaning and purpose for their youthful energy and passion. They then suffered a second loss of faith but remained committed to core values that had drawn them to Marxism. Further, they gave their children the freedom and encouragement to define themselves and, in effect, accept alienation as a normal, even natural existence in a world so full of knowledge and possibilities as well as injustice and contradiction. 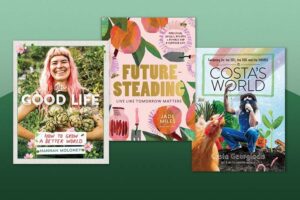 A review of three books: Futuresteading, The Good Life and Costa’s World

It’s not often I comment on the constant flow of new books about green lifestyle, growing and wellbeing but three recently released titles had me thinking about the issue of communicating the good news to inspire and motivate people to adopt and adapt ideas for more resilient and low impact living. 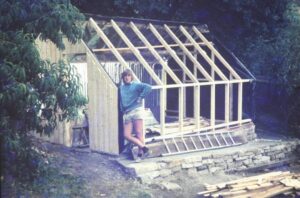 A Short Personal and Global History of Retrofitting the Suburbs

My childhood and adolescent years in suburban Bicton (between Fremantle and Perth WA) were set against a backdrop of Swan River estuary beaches, swamps, cliffs and caves. Many summer nights were spent fishing for tailor, flathead, and garfish. Our backyard included citrus, stone fruit, grapes, almonds, a vegie garden and a chook run. The Permaculture 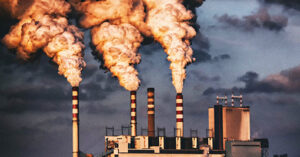 Crash on Demand: Welcome to the Brown Tech Future