Retrosuburbia is more than just a book – it is a wholehearted celebration of empowered do-it-yourself and do-it-ourselves culture. With the book now into its second print run, the retrosuburbia team is focusing on complementary ways of getting the ideas out there: we are calling this the ‘Retrosuburbia Rollout’.

Many aspects of the Rollout are already happening spontaneously and organically, such as the book clubs popping up around the country, and the enthusiastic sharing and discussion flowing on the Retrosuburbia Community Facebook page. We also know there is plenty happening under the radar with people quietly sharing ideas with neighbours, friends and family, and leading by example in their own lives.

The retrosuburbia team aims to support and enhance these personal, neighbourhood and community sharing opportunities.

As part of the Retrosuburbia Rollout, David will continue concentrating his efforts on public talks. These talks have mostly been in partnership with local governments, and include the entertaining ‘Aussie Street’, a permaculture soap opera in four acts from 1955 to 2025. As well as spreading retrosuburban ideas, these events inform the general public of council supported programs, and promote local permaculture, transition and other groups as well as book clubs, workshops and courses relevant to the audience. The audiences at these events have so far ranged from 40 to 400, with MCs from local activists and sustainability facilitators to Mayors and media celebrities.

David has also been active in building partnerships with NGO’s, academics, researchers and policymakers to provide the evidence base to substantiate and support retrosuburban strategies and actions, based on their environmental, economic and social benefits. For example, he has recently become an associate of the Melbourne Sustainable Society Institute and has written the foreword to a new academic book Degrowth in the Suburbs by Samuel Alexander and Brendan Gleeson.

While permaculture educators will naturally adopt much of the retrosuburban agenda and promote solutions relevant to their participants, we believe there are ways in which we can strengthen these synergies, as well as other educational frameworks for rolling out retrosuburban solutions. There are also many community and household level change programmes already running or in the planning stages, mostly focused on climate mitigation and/or adaption and run by local government, transition and other community groups. Further, there are always people just doing stuff at the household and community level without funding or a formal structure, and those that are keen to see uptake in their neighbourhood but don’t necessarily see themselves as educators or activists.

To contribute to these types of Rollout pathways, we are running two day Retrosuburbia Trainers and Facilitators Workshops that draw on and expand the material in the book. Rather than creating a set formula, we are using a more open source approach where we share educational tools and resources we are developing and encourage participants to combine this material in ways that make sense for their communities, households and participants. In particular, we want to see established trainers bring along material and resources they have been using or developing to avoid reinventing the wheel. Workshop participants will be free to use our resources in their own courses and to apply to have their own workshops and courses listed on retrosuburbia.com.

The RetroSuburbia book, already a best seller without mainstream media reviews, remains the primary vehicle and driver of the Retrosuburbia Rollout. The numerical and financial success of this innovative marketing strategy that bypasses the retail monopolies such as Amazon is critical in showing that we can create livelihoods changing the world for the better while boycotting systems that damage nature and community (see RetroSuburbia: network and community marketing).

The retrosuburbia.com website will continue to expand as a portal of case studies, resources and reviews that amplify the value of the book for householders, trainers, academics and activists. The Retrosuburbia Community Facebook group will continue as the noticeboard and discussion space for all things retrosuburban.

We won’t restrict the free flowing adoption of retrosuburban ideas and have consciously decided not to trademark the term ‘retrosuburbia’, however any attempts by others to capture the branding of the term will be precluded through maintaining our prior and ongoing use. In this way, we aim to combine the value in branding that is available to those associated with the source of retrosuburbia and its deep foundation in permaculture, while at the same time encourage a thousand flowering expressions of these ideas using whatever label, framework or sources of support that others choose to work with.

PrevPreviousDegrowth in the Suburbs: A Radical Urban Imaginary
NextReflections on fire – February 2019 Next 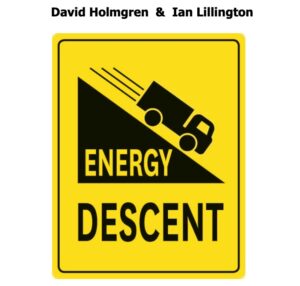 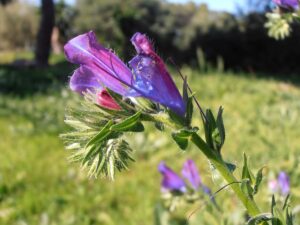 The Problem is the Solution: but solutions can turn back into (the same old) problems

In the early years of promoting permaculture to food gardeners, Bill Mollison used to quip, “you don’t have a snail problem, you have a duck deficiency”. Mollison’s penchant for changing the perspective on a known problem, and identifying how it might represent an unacknowledged resource, reflects ecological thinking: identifying empty niches that can be filled to make gardens or any other (eco)system more resilient and productive. Often the perceived problem can be interpreted as a message from nature – nature’s first step in correcting imbalances. 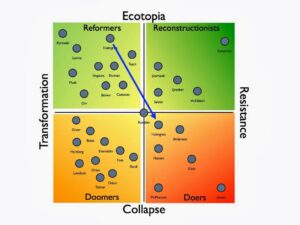 Crash on Demand, the discussion so far

Since its publication, David Holmgren’s essay “Crash on Demand” has generated a heated debate among the sustainability communities around the world. We try to keep up with the discussion in the cyber world as much as possible (but if we missed any other articles and blogposts, please let us know).