This website and all its posts are devoted to my permaculture life and work committed to creating the world we want. It is solution- and good news-focused. But my life’s work has always been informed by a rational understanding of the intensely political world we live in. Longer-term readers may have noticed that in recent years some of my writing has focused more explicitly on exploring the underlying nature of the problems we face to show why permaculture is a real strategy for addressing more than just personal well-being with a low ecological footprint.

For instance in ‘Money vs Fossil Energy: The battle for control of the world’ (2010, dedicated to the memory of my brother Gerard Holmgren) I used the ecological systems thinking that underpins permaculture to provide new insights and understandings of the titanic changes occurring as industrial civilisation collides with the limits to growth. ‘The Household Level Counts’ (2013) was a brief and early articulation of why permaculture design, activism and living should be taken seriously as a social and political change strategy. This underpins my focus on the household level in RetroSuburbia. ‘Crash on Demand: welcome to the Brown Tech future’ (2013) built on my Future Scenarios work (futurescenarios.org) and represented a further step into the role of positive provocateur in the debate about what constitutes effective environmental activism in a world of climate chaos and repressive governance.

These and other writings are currently being reviewed in preparation for the digital publication of the third volume of my Collected Writings that will include essays, reviews, obituaries and presentations from 2007 to 2018. As a package with the previous editions, it will mark 40 years of writings since 1978, the year Permaculture One was published. Inevitably, this retrospective consideration brings up the claim that permaculture may well be Australia’s greatest intellectual export – driven by the warrior energy of Bill Mollison. People who know me, or my writing, will know my scepticism of the warrior energy and its limitations in creating the world we want. However that scepticism does not take away from my appreciation and respect for what has been achieved by warriors devoted to true and noble “causes” (as my political activist mother called movements for social justice and ecological sustainability). Which brings me to Julian Assange, languishing in a unique form of detention in London and now under imminent threat of ejection into the fire of US imprisonment or worse. His treatment by national governments has been appalling, especially the US and the UK, but also Sweden (previously a symbol of fairness and good governance), Ecuador (plucky protector now succumbing to pressure), and Australia (meekly standing by while our fellow Australian is tried and found guilty by politicians and the pack of media hacks who resent Assange for showing up their own failures to shine a light into the backrooms of power). Assange, the technical brains, publicist and warrior behind Wikileaks could, for all I know, share some of Mollison’s personality flaws, but even if the worst of the claims about his personality are true, none of them take away from Assange being the most globally important independent journalist and publisher using the power of the internet to challenge the rapid rise in authoritarian power and propagandised media. That Assange is being treated as the sacrificial pawn in the chess game being played out in Washington around the fabricated Russia hysteria highlights the power of people creatively working outside of centralised systems.

By promoting Mollison and Assange as equally great Australians who have contributed to a better world, I may alienate some people for whom Mollison is a hero but regard Assange with suspicion or even as a “traitor” deserving whatever happens to him. This is a risk I am willing to take, especially as Mollison’s contribution is now a secure legacy whereas Assange’s is still unfolding but under mortal threat.

We should do all in our power to bring Julian Assange home to recover from his ordeal of these years – with no expectations about what he might contribute in the future. His sacrifice for shining the spotlight on the power behind the mask of representative democracy, and providing the inspiration for younger people to use the tools and capacities they have at hand to create the world they want now, has already been too great.

PrevPreviousIs David Holmgren on Facebook?
NextForeword to Degrowth in the Suburbs: A Radical Urban Imaginary Next 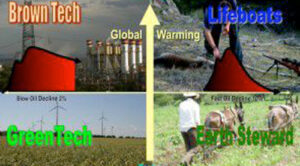 Requests for David Holmgren to do interviews keep coming in following the publication of his latest essay “Crash on Demand”. He has done a couple so far, in an attempt to answer some of the questions raised by the fellow travellers. 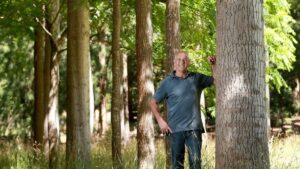 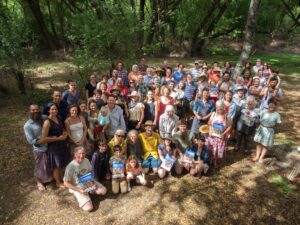 This post, supporting community input provided to the Hepburn Shire Councillors, discusses ongoing management of blackberry bushes, as well as the new proposals for willow removal at the upstream end of the lake floated by the FOJL submission from Basil Eliades.