Composting is a simple technique to improve and maintain soil fertility – the most fundamental prerequisite of food security, health and longevity. Without these, any notions of sustainable economy and culture are fantasy.

It has been the work of permaculture and like-minded activists that have made possible the advocacy for regulation, education and funding of ecological food production, (which includes composting) that Andy Scerri now sees as so important. And as Maarten Stapper makes clear (‘From Green Revolution to Agroecology’, Arena #122) a sustainable food production and consumption system is the central issue for any human future, let alone one that maintains many of the values and functions that most readers of Arena might see as important for opportunity and equity. What is not clear is whether conventional science and public policy can be wrenched from the hands of the corporations, and even if this were possible, whether the reorientation of science and public policy towards agroecology can create the biosensitivity in food producers that Maarten Stapper correctly identifies as so essential.

For these and many other reasons permaculture activism focuses strongly on the reinvigoration of food production within household and community life instead of reforming the specialised appendage of industrial modernity it has become. As Sharon Astyk says in A Nation of Farmers (2009) “America needs 50 million new farmers (garden-farmers) in the next few decades… and that… 300 million Americans need to learn how to cook”. The scale of this necessary transition is unprecedented. We have plenty of history turning stressed peasant farmers into industrial serfs but the precedents for the reverse process are few and problematic. Although many permaculture activists have devoted energy to both modelling and advocating for the necessary changes, the first two systemic issues I outline above have frequently been more powerful drivers.

Enlightened self-interest leads to the development of skills (more so than the acquisition of assets) that will prove advantageous as energy descent unfolds. It is not essential that everyone grow food but it will be important to personal well-being and even survival to have skills that are directly exchangeable outside the centralised structured of the current monetary economy. The fact that the energy crises and consequent economic contractions of the 1970s did not lead directly to energy descent in western economies is the primary reason for the failure of the counter culture focus on household and communitarian self-reliance. Without the clear evidence of personal benefits from self-reliance, ethics and ideology these things became an inadequate driver of social change. However, when energy descent bites hard, the explosion in the informal household and community economies will be unstoppable.

Interest in permaculture and related concepts and activity over the last four decades has mostly been counter-cyclical to the economic cycles of growth and recession. It is no accident that the current rapid growth of interest in permaculture is not primarily in Australia (third richest country in world) but in places like the USA and the UK where economic contraction is biting harder. The most rapid growth, however, is in previously affluent countries like Spain and Portugal where large numbers of unemployed university graduates are incorporating permaculture principles and techniques, combined with traditional knowledges, to rebuild the self-reliant foundations of urban neighbourhoods and village communities.

Without vibrant household and community economies providing the most basic needs of water, food and shelter, relatively independent of current centralised monetary structures, people will be powerless to develop localised systems of finance, healthcare, education, governance and security that are also necessary in some form. In the absence of any effective reformation of centralised systems, the ability to effectively salvage the wreckage of industrial modernity will depend on the relatively sophisticated evolution of localised systems.

Few on our side of this debate would wish to see the collapse of the current complex societal and economic systems that cannot be replaced at the household and local level although we frequently get accused of this when we point out the systemic weakness of these systems in the face of energy descent. Autonomy in basic functions also provides a basis for negotiation and political leverage with those maintaining control of increasing dysfunctional centralised systems. Thus the bottom-up provision of basic needs through simple, localised, replicable systems powered by renewable resources and industrial salvage (permaculture), is the most flexible and resilient pathway for in situ adaptation of the vagaries and opportunities of the energy descent future.

The relatively unarticulated political nature of permaculture may be one of permaculture’s greatest strengths as an agent of positive influence in shaping the future. In the next few decades I believe permaculture, and related activism, will prove more potent in shaping future society than mass movements shouting for certain elites to fulfil our wishes and maintain our rights (hopeful Obamaites) or, those working earnestly in the engine room of global capitalism to turn the ship onto a more sustainable and equitable course.

(This was originally published in#123 of  the Arena magazine In April , written as a response to Andy Scerri’s critique of Patrick Jones’ articulation of self-reliance, localism, and gift economies which appeared in the issue  #115. )

In David Holmgren’s latest essay, he highlights the importance of the Brown Tech world as a logical unfolding of energy descent systemic forces breaking down the techno-industrial world, rather than a great battle of benign wisdom over recalcitrant and subversive resistors, or alternatively, an evil plan for world domination that must be resisted at every turn. For an increasingly alienated, perhaps minority of permies, the emergent Brown Tech world is experienced as a mad undemocratic process taking away our rights and freedoms and imposing controls over previously private lives, possibly driven by shadowy elites striving for world domination or worse. This of course leads to association with people of very different values and backgrounds. 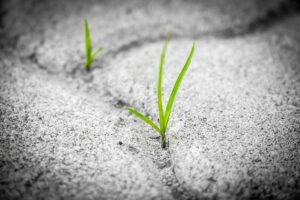 Available for download is David Holmgren’s review of David I. Theodoropoulos’ book “Invasion Biology: Critique of A Pseudoscience”, which addresses programmatic ideology regarding nativist ecology. Q&A Session with Delvin Solkinson’s “Trans Pacific Partnership” project producing a local festival mag from the west coast of Canada. Inevitably I said too much for Delvin to use in full, but he thought it should be available somewhere, so here it is.

Vision is not seeing things as they are but how they will be.