When I was sent a review copy of this book in February 2020, I was very busy with our residential Permaculture Design Course (which includes subjects aligned with the broad subject matter of this book). At the same time, we were making plans, just in case the new epidemic in China did prove to be the big one (a severe global pandemic that ecologists and epidemiologists had been predicting for decades). As our preparations to restructure our business to operate during the pandemic (without government support) and consolidate our three semi-autonomous households at Melliodora, lots of stuff fell by the wayside, including reading this book. I did pass it to Brenna Quinlan, our resident permaculture illustrator and educator, but she thought it sounded too depressing a read for current conditions.

After the French edition became a bestseller back in 2015, I heard about it in the context of accelerating interest in permaculture in France. Its translation into English early this year was a sign of its importance. Nevertheless, the title bugged me, not because of the gloomy connotation but because of my trouble with the word ‘collapse’. More than 20 years ago, I specifically chose to avoid collapse as the default term for discussing futures for humanity involving less energy and material wealth. In choosing the word ‘descent’ as equally honest but less catastrophic, I knew I was swimming against the tide of both serious historical research and populist perspectives of the future.

Most discussion of the future tends to divide between naïve techno-utopianism on the one hand and apocalyptic millennialism on the other. In How Everything Can Collapse, Servigne and Stevens strongly articulate the inevitability of some type of near-term collapse of what they call thermo-industrial civilization, while avoiding the hazards of apocalyptic millennialism. The balance between conveying critically important information and sunny exploration of the universal human instincts, behaviours and beliefs is one of the strengths and joys of this book.

In Part 1, the authors use vehicular analogies to brilliantly summarise the diverse range and depth of evidence from many fields. Being more familiar than most with much of that evidence (which has been accumulating over the last half century), I think their necessarily brief summary of some of the highlights is sufficient but not excessive for the average reader. Explanation of EROI (energy return on investment), their distinction between hard ‘limits’ (to growth) and crossable (eco)system ‘boundaries’, and their explorations of positive feedback, complexity and lock in are important in providing the reader with a systemic overview rather than a disconnected series of facts and indicators.

In Part 2, the authors address the inevitable questions about when and how collapse will happen. They explore the paradox of how understanding collapse acts as a hedge against collapse or at least its worst forms, systemic characteristics that lead to more severe collapse vs slower descent pathways, and the role of mathematical models in understanding collapse including the most famous ‘World3’ model behind the seminal The Limits To Growth report (1972).

In Part 3, the authors explore the diversity of scenarios, perspectives and responses. C S Holling’s four phase model of ecological change, Dmitry Orlov’s ‘Five Stages of Collapse’, David Korowicz’s linear decline, oscillating decline and systemic collapse variants, or John Michael Greer’s catabolic collapse might all sound like dry theory, but Servigne and Stevens explain the relevance of these and other concepts for those grappling with the ethical, strategic and practical issues for humanity as a whole, for the individual and at every level in between. Most importantly, they identify the strong evidence for, and importance of, mutual aid in time of crisis and postulate how this could be a saving grace for humanity in more global and irreversible challenges and changes.

Perhaps the most endearing aspect of this exploration is the authors’ overview of the spectrum of psychological and practical responses they observed in people who have understood, and in some way, come to terms with collapse.

While permaculture is only mentioned in passing, along with other hedges and adaptive responses to collapse, I found the review of the role and impact of the Transition and Degrowth movements insightful, especially for English readers wanting a somewhat more internationalist perspective.

I was surprised and pleased to see discussion of the implications of my essay ‘Crash On Demand: welcome to the Brown Tech future\ (2013), even if their reading of the essay bypassed the main point which was not about our agency in stopping descent/collapse but instead to better understand the ways in which my ‘Brown Tech’ scenario was emerging nearly a decade after its outline (along with three other descent/collapse scenarios in Future Scenarios, published online in 2007).

I continue to believe that the form of global collapse is likely to be a stepwise energy descent pathway: initially limited in depth and scope, leading to restructure and stabilisation before new crises, leading to further limited collapse. That pattern could continue for centuries into the future. However with each passing year, the failure of the accelerating crises to prevent the bounce back in growth of energy and resource extraction, increases the likelihood of deeper systemic collapse. The evidence for my claim in ‘Crash On Demand’, that current events showed the characteristics of my Brown Tech scenario, have grown stronger in the years since. In any case, my own focus remains fixed on the adaptive responses that permaculture thinking and action provide.

Reading this book did more than just mollify my adverse reaction to whether the term ‘collapse’ might be the best word to encompass the diversity of likely future scenarios. It generated a personal acceptance that I am, along a diversity of thinkers and writers acknowledged in this extensively referenced work, a collapsologist. In articulating collapsology as perhaps the most important emerging field of intellectual endeavour, and their somewhat light-hearted admission of personal obsession with the subject, Servigne and Stevens have provided a great introduction to a field of study that cannot be investigated without that investigation dispelling the illusion of separation of subject and observer.

However, in such an important book, the lack of an index is disappointing for those committed to paper rather than digital formats. (Even the apparently disconnected subject of publishing media formats is of course a subject on which collapsologists have thought and written.)

In the 1980s Mollison used to start two-week residential Permaculture Design Courses with a day focused on what he called ‘Evidence’. While many permaculture teachers feel that session is no longer necessary, more nuanced ways of understanding the future remain critical to effective permaculture teaching, design and action. In the 1990s as I began to grapple with these issues, I often got the response, ‘Oh you mean Mad Max’. The idea of an implausible 1970s road movie being an intellectual reference point for considering futures of less rather than more, highlighted for me the mental wasteland around the subject of the future. Nevertheless as the authors point out, films, stories and other art forms are great ways to stimulate our thinking about future scenarios. My own explorations in storytelling (Aussie St) and our more recent publication of Linda Woodrow’s 470 reflect our belief that imagination is a key to both grappling with the challenges and creating adaptive, graceful and empowering responses.

But to put all stories about the future in context, a system thinking overview is really useful. Whether you are just grappling with the need to think about the future for yourself and your family or are personally obsessed by dark scenarios for humanity and the earth, I highly recommend How Everything Can Collapse, even if the title (in English at least) might deter those who continue to relax in the soothing water of techno-optimism.

As the favourite aphorism of collapsology goes, ‘Collapse now and avoid the rush.’

PrevPreviousThe Problem is the Solution: but solutions can turn back into (the same old) problems
NextThe Politics of Permaculture by Terry Leahy Next

6 thoughts on “How Everything Can Collapse: A Manual for Our Times” 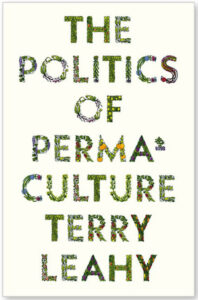 Full text of Weeds or Wild Nature: A Permaculture Perspective, presented as part of a series of seminars on “Contentious Perspectives on Weeds” at the 45th Annual General Meeting of the Weed Society of Victoria in April 2011.