You are here: Home › Degrowth in the Suburbs: A Radical Urban Imaginary
By MegU on October 25, 2018 in Writings

Samuel Alexander, from the Simplicity Collective has just published a new book, Degrowth in the Suburbs: A Radical Urban Imaginary, co-authored with Professor Brendan Gleeson, with a foreword by David Holmgren.

The book addresses a central dilemma of the urban age: how do we make suburban landscapes sustainable in the face of planetary ecological crises? The authors argue that degrowth, a planned contraction of overgrown economies, is the most coherent paradigm for suburban renewal. They depart from the anti-suburban sentiment of much environmentalism to show that existing suburbia can be the centre-ground of transition to a new social dispensation based on the principle of enlightened material and energy restraint. 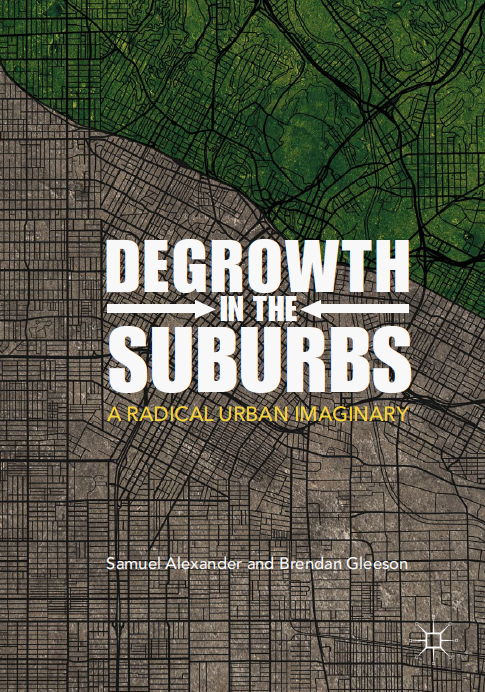 You can read the rest of the foreword here.

You can read a review of the book on Make Wealth History.

You can purchase the book here.

As a companion film, here is the latest offering from the talented folk at Happen Films: